For everyone that watches osprey and other raptor nest cams, you know that man-made materials often make their way into nests, especially in osprey nests, putting chicks and adult birds in danger. Many times this results in the death of the birds. Today, we celebrate three rescues of birds in our small network of nest cams.

Clear your gear—and tell your friends, to0

by Julie Cowan, with Michael Academia 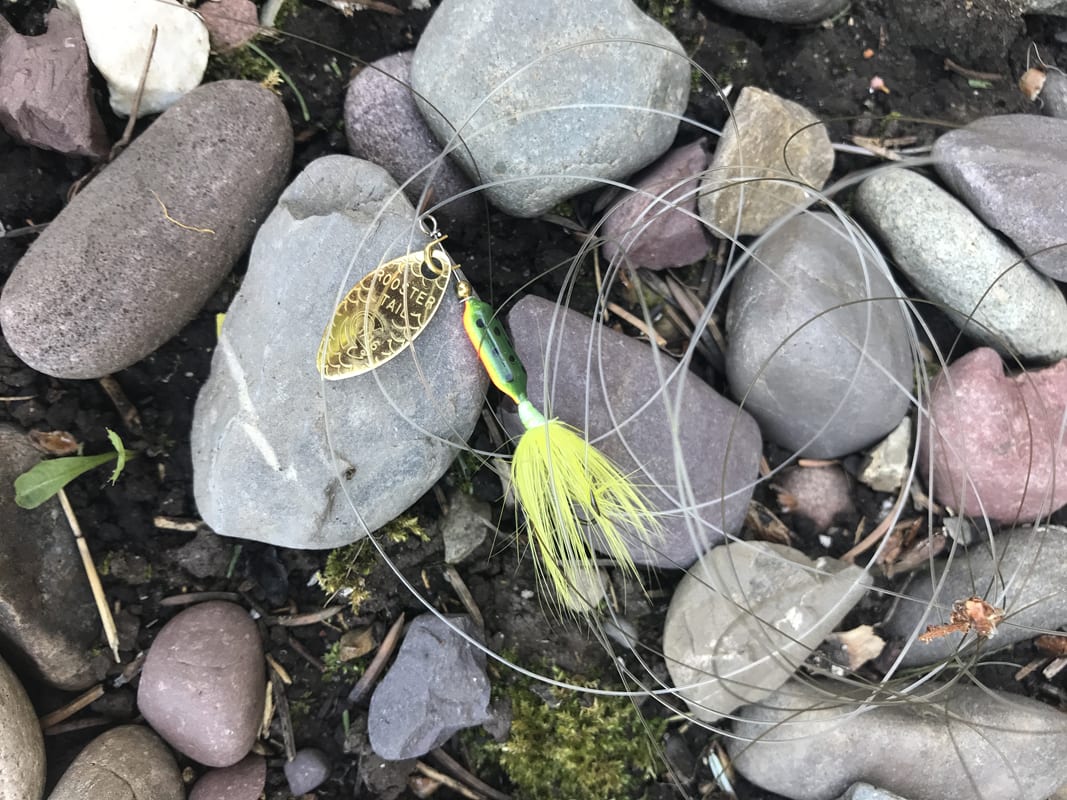 In the last few weeks, it has become painfully obvious that what we leave behind on the shorelines of our waterways are having a serious negative affect on ospreys. That's not to mention the everyday human waste that litters our highways and byways that make it into the nests.

Three osprey chicks in Dunrovin's network of nest cams in the Awesome Osprey Project (AOP) have been rescued from fishing line that could have proved fatal for the chicks—one chick in Colorado had a fishing hook in its mouth! The Osooyoos, British Columbia nest, the Emma nest in Pitkin County Colorado, and the Lake Murray South Carolina nest have all had to clear fishing line from their nests.

This video shows Kurtis Tesch with Colorado Parks and Wildlife removing a fish hook and the line from the beak of an osprey chick at the Emma Open Space nest within the last two weeks.

One of our AOP participants, Carol Craig, notified Pitkin County, managers of the nest cam, about the fishing line. They, in turn, notified wildlife officials who, together with Holy Cross Energy, made the rescue happen. But Carol noticed the chick's mandibles were misaligned, likely caused by the disturbance in the young chick's mandible while eating. We believe that the hook was the physical trauma or injury that caused this.

AOP researcher Michael Academia reached out to Nanci Limbach, wildlife rescuer, who said, “With no odd tension on the beak, it may be able to eat ok.  They mostly do fish, which, if it can rip skin, it will be ok.  Hopefully it has a week of still being in the nest and people can see.  If it needs the beak filed it may need to be caught again."  To learn more about Nanci and her organization, visit her website.

Carol thinks we can do better in getting the word out about fishing line. "I think education is the key, especially with young children. The schools are teaching more about the environment and how to take care of our planet. I really like that idea!" she told Michael Academia recently. 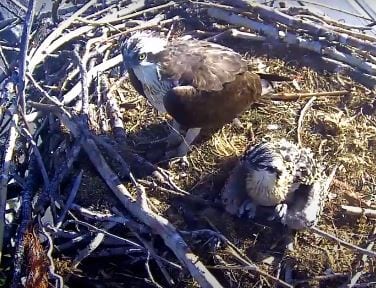 "Most decent people will change their ways if they learn of the impacts they are having on wildlife."

In this video from the AOP Lake Murray nest in South Carolina, you can see the mother, Lucy, trying to shake loose the fishing line while trying to feed two young hatchlings in May. Fortunately the line was removed a day later.

In addition to our three AOP nests, while the Barnegat Light nest in New Jersey has not had a fishing line rescue in that nest this year, other chicks in the region have been rescued with various manmade debris causing havoc in the nests.

"Last summer we documented 42 percent of active osprey nests contained some form of persistent plastic marine debris," said Ben Wurst on a Facebook post. "There is likely more but that is what was recorded by myself and our participating volunteer osprey banders during last years’ survey." Ben is the habitat program manager for the Conserve Wildlife Foundation (CWF) of New Jersey, and he is very active in osprey conservation.

Think about that: 42 percent—and that's just one survey of nests within that group's purview!  The relatively few nests that have cams on them can be monitored, but what about the rest all across the country?

Ben also points us to this Facebook post from the group Wild Instincts that shows video of an osprey being rescued from fishing line and hook; the line had become entangled throughout its body and the hook was deeply embedded in its side.

If you missed our interview with Ben Wurst (with Janet Urquhart from Pitkin County Open Space and Trails Foundation, which experienced the rescue in the above video), you can find the broadcast recording here.

"I would love to remove plastics from every osprey nest in New Jersey!" Ben wrote. "That would be an impossible task in this day and age. We remove what we can during nest surveys in late June and early July." Wildlife officials can't get to the nests fast enough, and sadly, many chicks die from fishing line and other manmade materials getting wrapped around them.

Our manmade materials finding their way into the nests are disturbing to all of us osprey watchers, including our researcher Michael Academia, who says that he experienced this issue as an angler in his childhood.

"As an angler more so from childhood, I was taught phrases while living in Hawaii whose translations are to 'honor the land' and to 'honor yourself.' I believe that we have to teach our children to instill these values to care about the environment and the animals with which we share the environment. It can be as simple as cleaning up discarded fishing line the next time you go fishing and picking up litter. Caring should outweigh convenience. Do what's right."