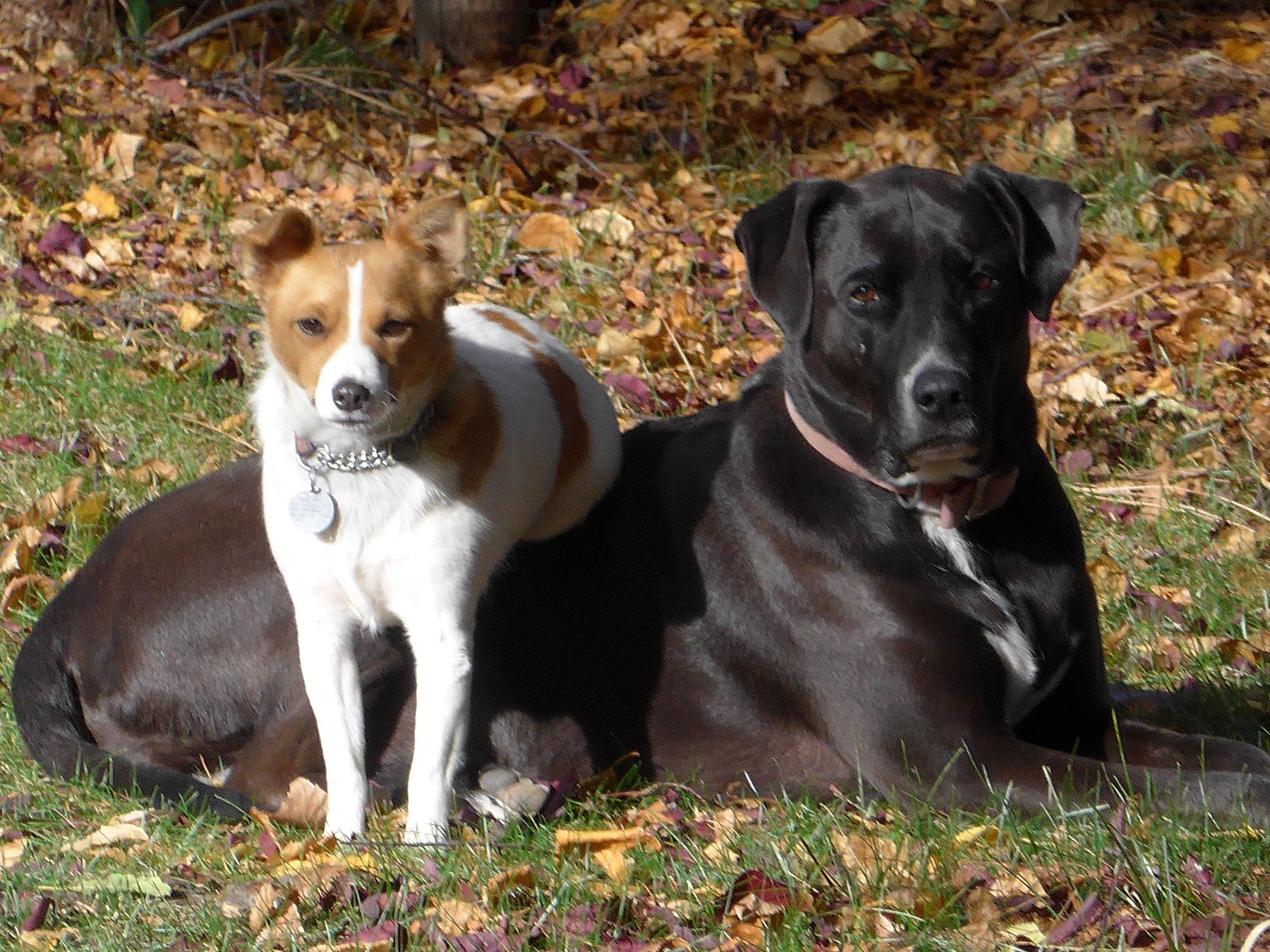 It is easy to read the differences in these two dogs from this photo. Yes, there are the obvious color and size differences – and while not apparent, there is also a gender difference. Jewel, who came to us from the Humane Society of Western Montana is a female cross between a black lab and a pit bull. We are unsure of her exact age, but we believe that she was born in 2004. Kola – and this is the part I can’t believe – is a “take no prisoners” little male Jack Russel Terrorist for which I actually paid good money.  He was born on April 15, 2012. YES, he was born on  TAX day and he is a taxing little critter! In all honesty, I’m not sure what devil possessed me to acquire him. What could have I been thinking?

Beyond the physical differences seen in this photo, you might also take note of attitudinal differences displays by Jewel and Kola. Kola sits on Jewel as if he owned the world; and that is exactly what he thinks. Well, that is what he thinks as long as either Jewel or I am there to back him up. I reality, Kola is all bluff and no courage. He will make a hasty retreat to get behind Jewel as the first sign of any real confrontation. He loves chasing things as long they run AWAY from him. 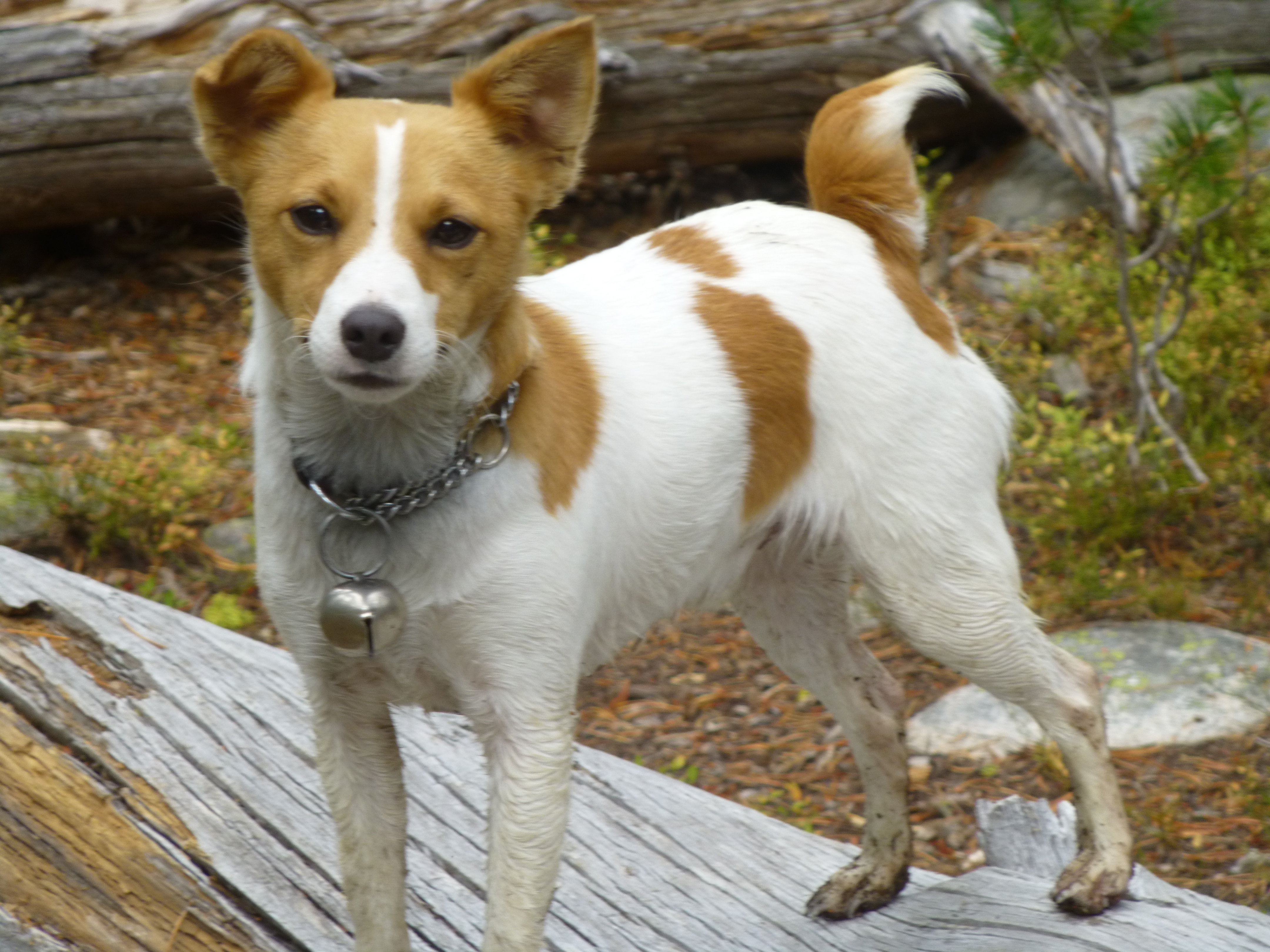 Don’t get me wrong; Kola has completely won my heart. He is enduring and totally committed to protecting me – which can, at times, be problematic when people come to my office door. He has been know to rush the door, fiercely braking and growling, and letting everyone know that he is there to guard my inner sanctum. I love my little guy in spite of his sometimes terrible ways. This would not be the same place without him. His presence is really felt by all who come to Dunrovin. AND, here is the good part, he is becoming a great little trail dog. He can go for miles. Those little legs are better than those of the energizer bunny. 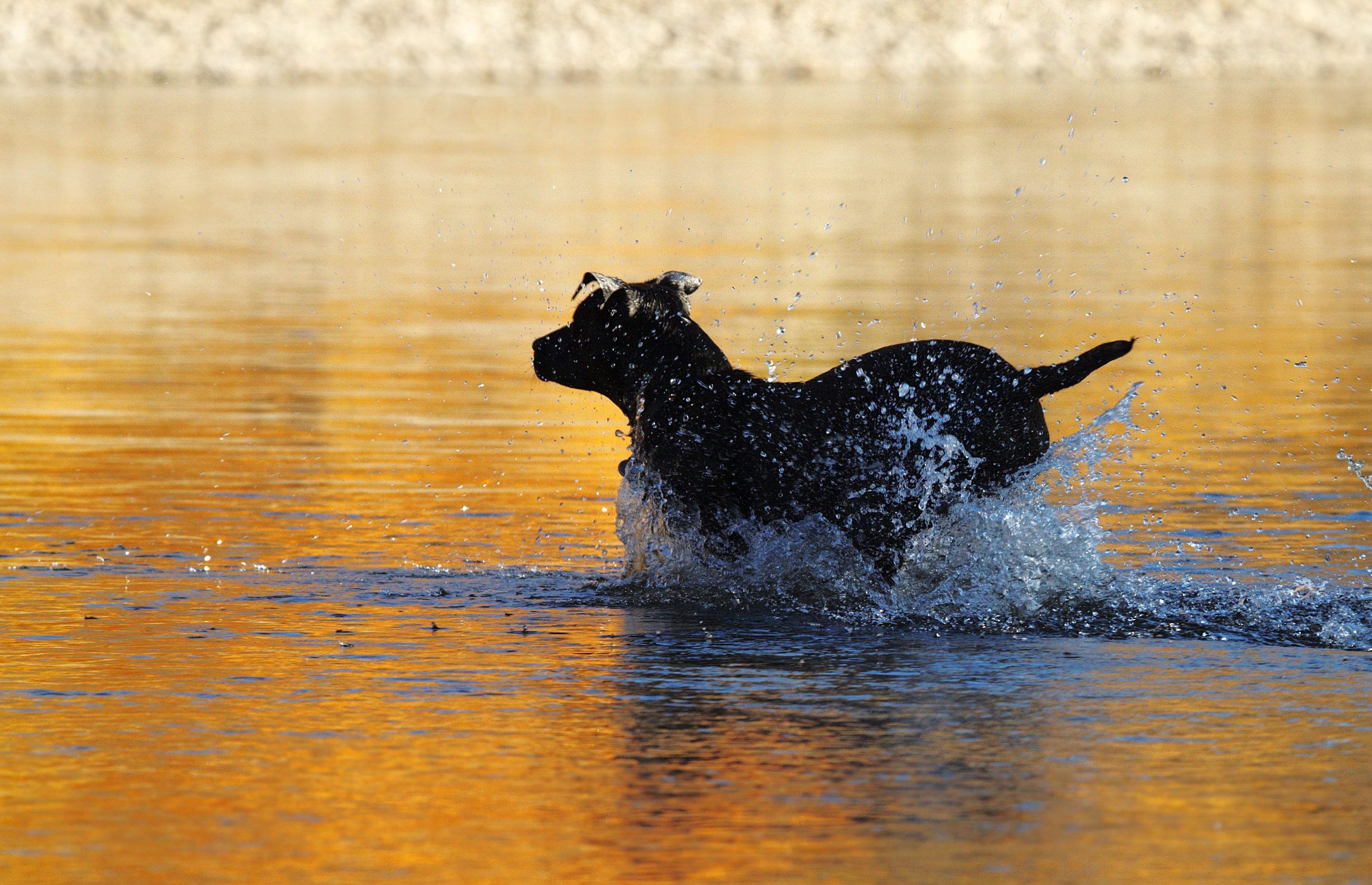 Jewel, on the other hand, is the ever kind, accepting, and tolerant dog who will accommodate any person or canine who comes her way. She is, perhaps, the most perfect guest ranch dog a person would own. She is tireless in her enthusiasm for scouting the trails willing running many miles up and down the mountains in Montana’s back country and eagerly swimming across any body of water. She knows not to chase most wildlife, rabbits and squirrels being the exceptions. Sometimes her eagerness for a good romp will cause her to forget her manners and help the ranch staff herd the horses between pastures, which can put her in some danger of the equines responding with a kick. But, somehow she knows how to time her interactions with the horses and is never in the way when hooves are galloping along the trail or in the pastures.

Aero is a 12-year-old Greyhound Mix and fancies himself a lap dog. Formerly a stray from the streets of Los Angeles, he is certainly living the dream in Montana. He’s a gentle giant at 75 pounds and thinks the ranch is his. He can be spotted running off foxes or simply sitting in front of the ranch, ever-vigilant.

Inu is a 14-year-old red Heeler and a former resident of Colorado. Kelli was retrieving a neighbor’s dog from the animal shelter in Castle Rock and spotted someone surrendering her dogs to the shelter. She couldn’t have that, so Inu joined the family. Inu is loyal and obedient to a fault. She is the one who taught Aero how to guard the ranch, as she now prefers to be with Kelli, either helping with chores or napping inside the ranch office.