BROADCAST: Saturday, August 15, 2020 starting at 12 PM. Like many other events across the world this year, the 2020 Friends of Dunrovin Equine Art Extravaganza will be almost entirely virtual this year. Saturday, August 15 is the start of a 10-day celebration and photographers contest to benefit Shriners Hospitals for Children across North America. Please join us!

it takes a herd

The Friends of Dunrovin is a 501(c)(3) nonprofit organization affiliated with Dunrovin Guest Ranch and DaysAtDunrovin.com.

Every year, Dunrovin puts on its Equine Art Extravaganza to raise money for a partner charity with active programs that contribute to human, animal, community or environmental well-being. This year we are delighted to have Shriners Hospitals for Children serve as our partner to receive the profits raised during this event.

The coronavirus pandemic has reminded all of humanity the importance of community for our very survival. Relying on one another for safety and support is common to both humans and horses. Just as "it takes a village" for humans, "it takes a herd" for horses. This theme is meant to capture and celebrate this shared bond between horses and humans and to give gratitude for the enormous value that comes from living together within a cooperative community.

Starting August 15th to August 25th, the Friends of Dunrovin will broadcast 10 FREE DAYS of virtual Live & Interactive Edutainment involving art, horses, ponies, donkeys, birds, wildlife, and nature all wrapped up in a fun donate & rate your favorite photo contest with a specific theme. This year’s theme is “It Takes a Herd.” YOU can help by spreading the word and getting your friends and family involved.

Unlike previous Equine Art Extravaganzas, this year's event will be held entirely online. The event will feature two artists painting two horses at Dunrovin Ranch with six photographers using those horses along with other Dunrovin horses to create a portfolio of five photos that depict the theme of "It Takes a Herd." The photographers will then compete in an online contest from August 18 through August 25 in which members of the public can vote on each portfolio by making a $5.00 donation to the Friends of Dunrovin in support of the Shriners Hospitals for Children. Please see the 2020 Equine Art Extravaganza for details 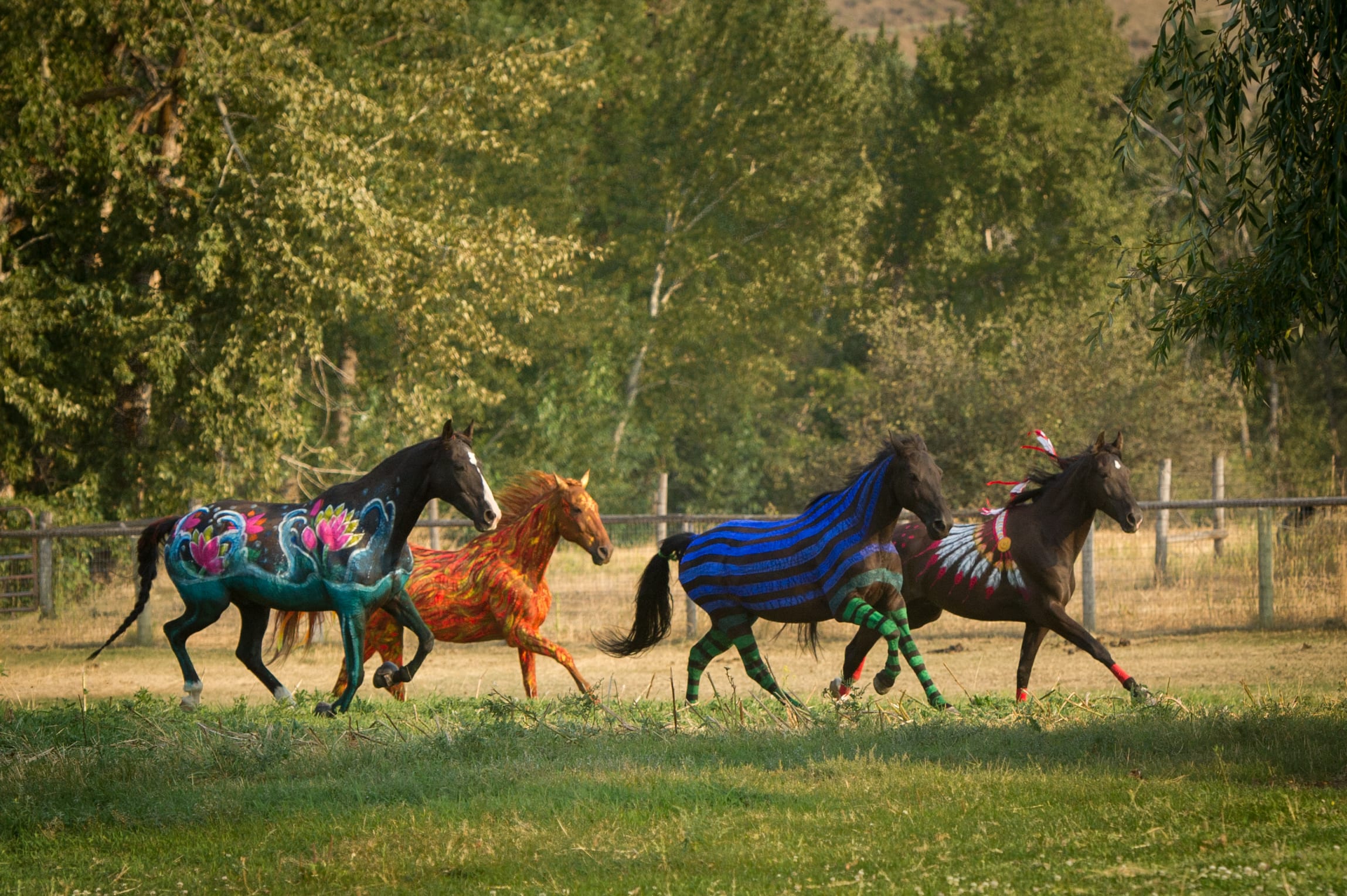 About Selecting Shriners Hospitals for Children to Receive the Funds

Friends of Dunrovin has chosen the Shriners Hospitals for Children to be its fundraising recipient partner for the next five years. It did so for several important reasons:

Learn more about the Friends of Dunrovin mission and initiatives here.