Nature and Wildlife at Dunrovin

Montana has the greatest variety of wildlife in all of the lower 48 states. Rivers serve as wildlife superhighways, attracting animals of all kinds, and the Bitterroot River is no exception. The Sapphire Mountains to the east of Dunrovin Ranch are largely uninhabited, providing excellent territory for deer, elk, moose, and even wild horses. Predators, such as cougars, bears, and coyotes are commonly seen. In 2018, a grizzly bear was captured within 15 miles of Dunrovin Ranch on the Stevensville's golf course. Even wolves are routinely seen in the Bitterroot Valley.

Wildlife is frequently spotted by DaysAtDunrovin's network of web cameras. Birdseed, scattered by the mobs of birds that frequent the feeders, attracts squirrels and deer on a daily basis. Raccoons, coyotes, and foxes are also common visitors and sometimes inhabitants.

A herd of wild horses has occupied the Sapphire Mountains for well over 100 years. Initially established by feral horses from local ranchers and tribes. The herd's size has fluctuated with available resources and efforts by some area ranchers who sought to exterminate them. However, they have persisted and now number around 40 animals.

A large elk herd also occupies the Sapphire Mountains and are most often seen in late winter or early spring as they migrate to the western slopes to seek snow free forage. 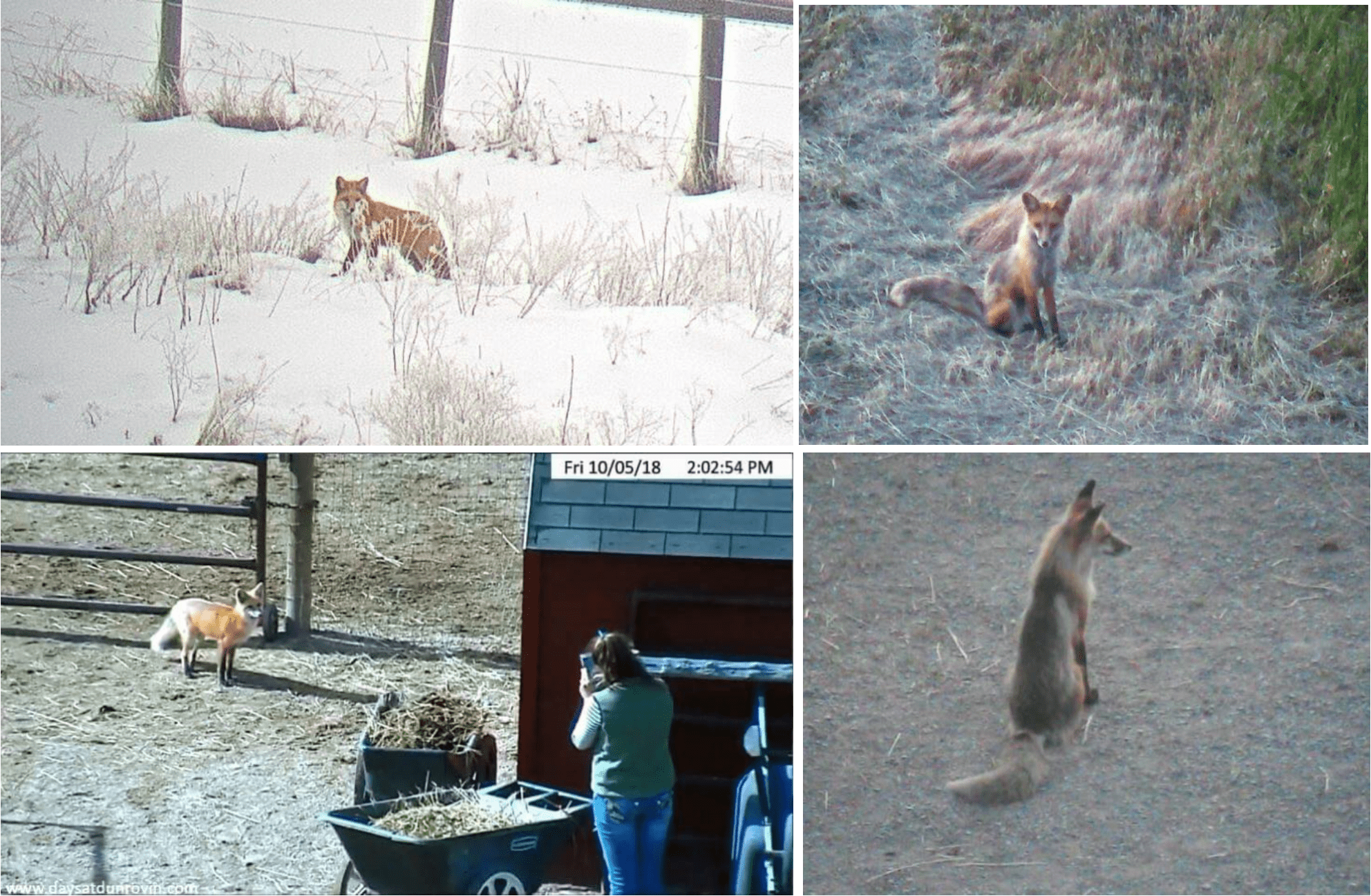 Sometimes wildlife takes up residence on the ranch. During the winter of 2017 through the summer of 2018, a pair of foxes set up housekeeping in a den that was clearly visible from the Dunrovin web cameras. They raised six kits – until one day a cougar showed up to snatch one of them. The two osprey chicks in the nest that summer were very competitive and regularly dropped fish over the side of the nest during their battles with one another over food. The foxes soon caught on to their antics and would show up nearly every morning looking for fish to fall from the nest. [email protected] members would catch their mischief on the web cameras during the early morning light.