Goodbye to my Golden Girl

October 10, 2020, we celebrated Jewel's 17th birthday. A couple of short weeks later we had to say goodbye to her on October 22, 2020. Jewel’s decline had been precipitous during those last couple of weeks. She could hardly get to her feet; and you could see the pain on her face each time she attempted to sit down. Those back legs that had carried her over hundreds of miles of mountain trails, leading the way for her horses and keeping Kola in line, were giving out. I rejoiced at the fact that I was able to spend one last summer celebrating life with my Joyful Jewel , but by October, the killing cold of winter had arrived to chill her bones and deprive her of any comfort. It was time.

Our family gathered by the river to lay her down. Nature enfolded us to soothe our pain. A pileated woodpecker cried out from the forest. A noisy flock of geese dominated the skies. Three black horses from the wild Ghost Herd on the ridge across the river paused from grazing, lifted their heads, and looked in our direction. In what felt like a final salute, a lone migrating osprey appeared low over the river and tipped its wings as it passed by, fully lit by the afternoon sun.

Jewel loved the Bitterroot River. It was her playground, her toy. It could never fool her. She understood it. She worked with it. She drank its cold clean water and laid in it to cool her sweaty body on hot summer afternoons. She cut through it like a fish. She knew to swim on the downstream side of the horses to take advantage of the draft zone. She could judge the ice and its ability to support her body. She read the current like a book. No matter where you threw the ball or stick, she did not fetch it by swimming toward it. She swam to where she knew the current would take it, to let it gently float right into her mouth. It was a thing of beauty to watch her unerringly gauge the current’s variable speed and effortlessly intercept the object of her fetching passion. The only harsh strong words ever spoken to Jewel were “No play!” in a desperate effort to be released from her relentless games of fetch.

In life, Jewel owned that river. It is without doubt her heaven now. It is fitting that it was a golden day to welcome our golden girl. The sun’s brilliant rays lit the autumn leaves ablaze and shimmered like diamonds on the water. She is one of those diamonds now. She will forever shine in my eyes when I visit her river.

My son Jake adds these lovely Haiku Poems
by Namagusai Tazukuri and Mitoku:

In fall
The willow tree recalls
Its bygone glory.
The foam on the last water
Has Dissolved
My mind is clear. 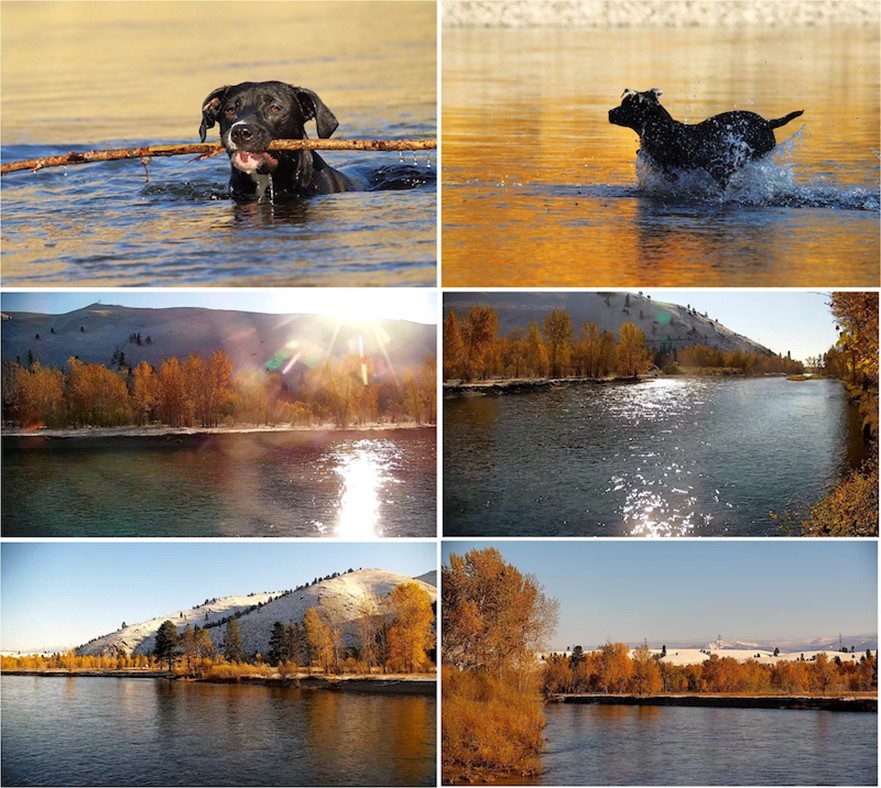