While not uncommon, the American White Pelican is not a common site around Dunrovin. But a little over a week ago, one of these stately birds popped into view on our river webcam both sticking out and blending in with some sandhill cranes. So, Julie was on the hunt for information regarding these beautiful white birds in Montana. 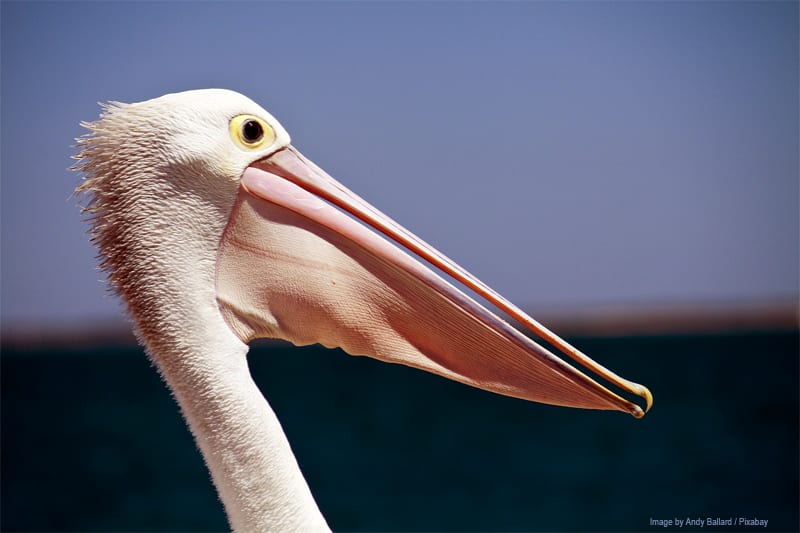 White pelicans are majestic birds. And Montana is a majestic state. But don’t these great white birds live around the ocean?

Yes. You also see its smaller cousin, the brown pelican, around the seaboards, but you do not see the browns inland. 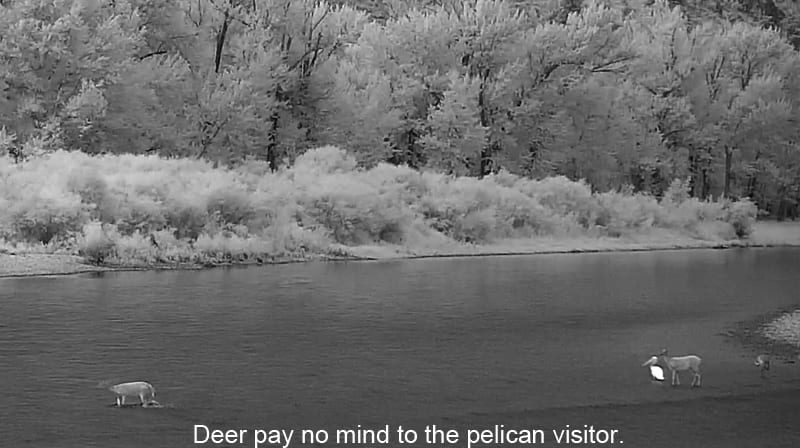 Most people are surprised to see pelicans on inland waterways; pleasantly so, though. Like ospreys, they eat fish. But unlike ospreys, they don’t hang around Dunrovin much. White pelicans are not uncommon to our rivers in Montana, but they're not exactly common—they do drop by from time to time like this pelican that our river cam caught along our “beach” on the Bitterroot River in early August. It was fun to see!

These stately birds exist across Montana mostly in summer colonies, and they prefer large bodies of water. 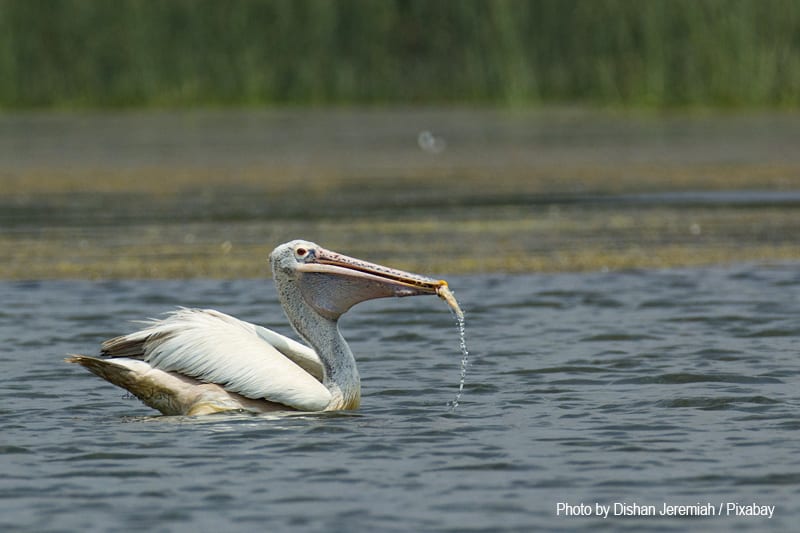 Pelicans migrate in flocks and feed that way, too, sort of corralling the fish as they move together. The birds can then scoop up fish in their long beaks, while water drains from their built-in gular pouches. 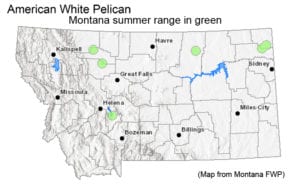 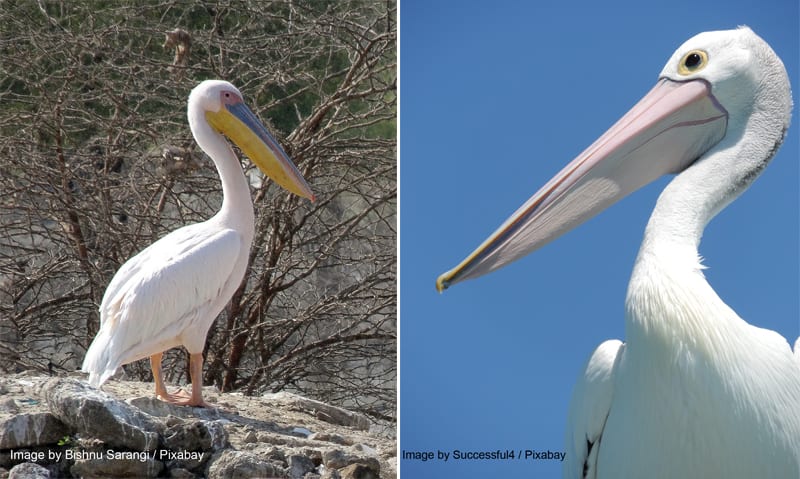 Like the sandhill crane, pelicans prefer wetland habitats (and sometimes inshore marine habitats). They can often be seen on islands and peninsulas, as well as exposed rocks in rivers. Nesting colonies usually are situated on islands or peninsulas, where they are isolated from predators like foxes, coyotes and skunks.

Nests are built on the ground in slight depressions or on mounds of earth and debris, usually on low, flat, or gently sloping terrain. 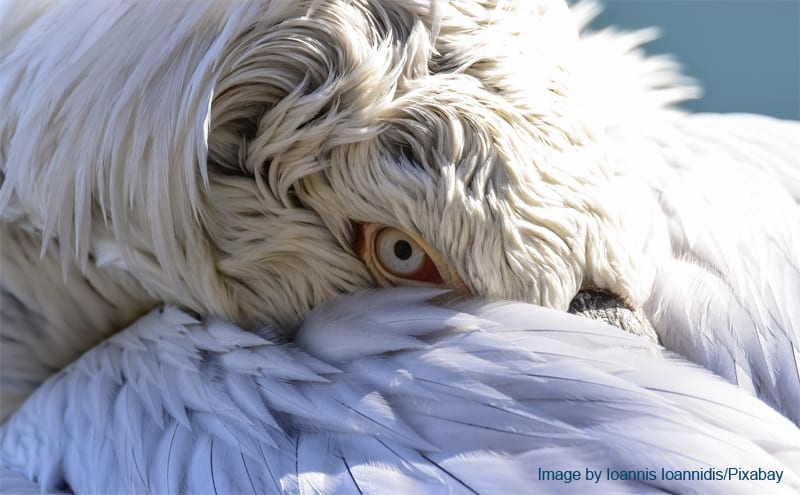 Montana’s white pelican colonies show up about the same time ospreys do, in April, with similar timeframes for egg-laying and incubation—late April through May. Young are born in late May and June, and juveniles remain in the colonies until mid- to late-August. Clutch size is commonly two, though usually only one bird fledges per nest. They breed at about age 3 and can live 25 years or more.

In late summer, Montana’s pelicans migrate both east and west of the Continental Divide, according to Montana FWP, although the majority of the two western colonies–Arod Lakes and Canyon Ferry—migrate west across the Divide to southern California and into Mexico and Central America. The FWP website says the majority of the two eastern colonies in Montana (Bowdoin and Medicine Lake) migrate south and east to the Gulf of Mexico coast and into eastern Mexico.

The trumpeter swan comes close in wingspan, but it’s still a good 1 to 3 feet shy of the white pelican’s wingspan. Trumpeters are best found in the Madison River Valley around Ennis and Yellowstone National Park and the Red Rocks Lakes area of the Centennial Valley, though nesting pairs of trumpeters have shown up just 20 miles south of Dunrovin the last two summers at the Lee Metcalf Wildlife Area. 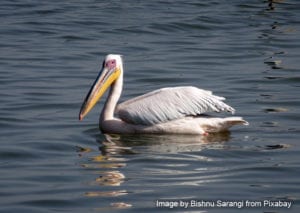 The osprey wingspan, by comparison, is about 5 feet wide.

The white pelican we saw a week ago was likely just passing through, but we sure hope it visits again—and more often, with friends—in the future.

Meanwhile, go check out these fun facts on pelicans.