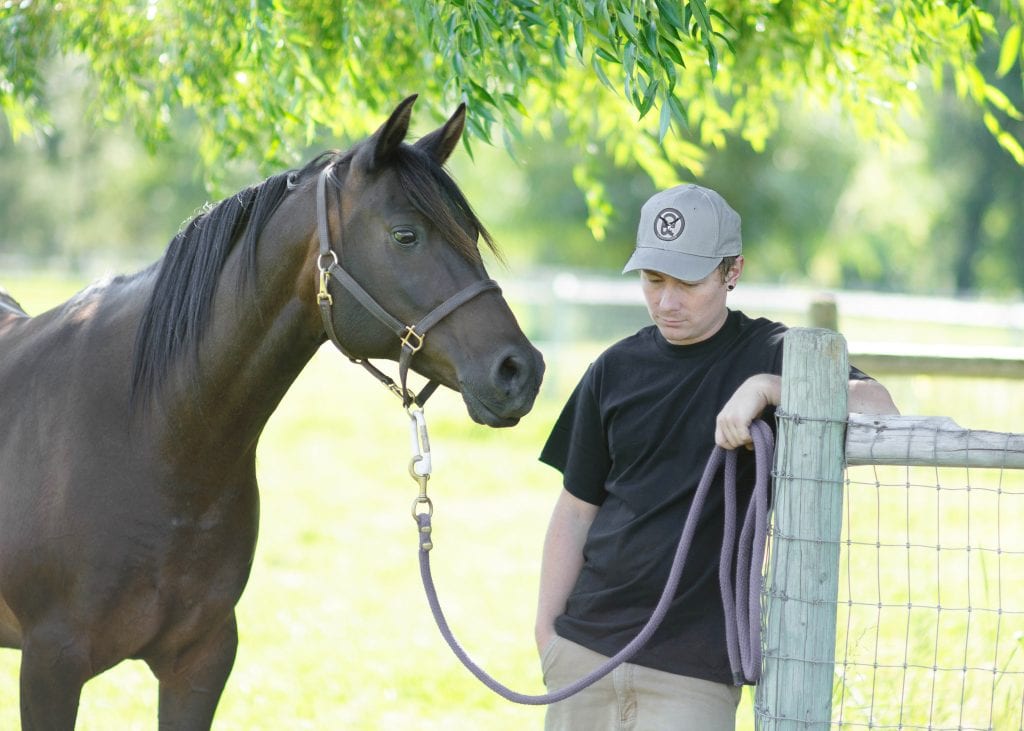 Mackenzie Cole has been involved with Dunrovin Ranch for a long time, in a number of different capacities. He is a creative writer, a poet, an editor, a Master Clicker Animal Trainer, and is more than competent on the back side of a website or in video production. He is a Master Jack of many trades!

The Missoulian newspaper chronicles Dunrovin’s discovery of Mackenzie Cole and Canner in their December 2012 Canner Article. However, that account would not have been possible had the Missoulian not published their original August 2012 Canner Article. Which just goes to show that good things can come from reading local newspapers. Dunrovin is grateful that Mackenzie and Canner have become integral parts of the ranch. Mackenzie’s work as a clicker trainer stems from his deep personal commitment to leading through patience and kindness. He is steadfast in its application and breaks down big issues into small steps – rewarding the behavior he wants and ignoring the behavior he wants to discourage. Canner, for his part, has begun to show his curious and playful side – with Mackenzie, the other horses in what has become his herd, and even to strangers. His progress is remarkable. Watch and learn along with us as these two gentle souls work hard to remake Canner’s world.

Coming Back to Dunrovin by Mackenzie Cole

I have to admit, it feels a little odd to say I’m back. From my side, it seems like I never left! Since it’s been a while since I’ve been on the cams and active at the Ranch, here’s a short re-introduction and run-down on what I’ve been up to and what I’ll be doing on camera this fall!

I first came out to Dunrovin back in 2013. I’d just adopted Canner, my flighty Arabian gelding who was about to be put down (you can catch up on the whole saga here, just scroll down to Canner’s Story in four parts). In fact, there's also a couple of newspaper articles that explain how I ended up at Dunrovin. Check them out here and here! SuzAnne graciously offered to let Canner come and stay at Dunrovin, and the rest is, well, history. 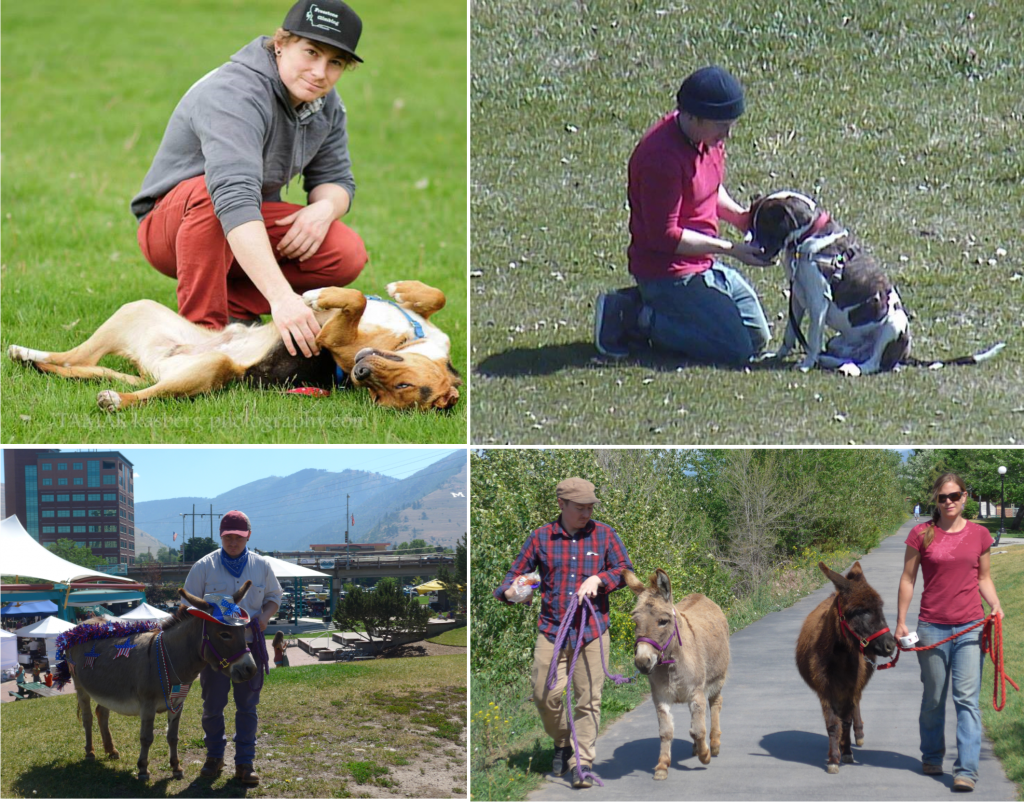 In the five years since, I’ve worn many hats around the ranch. I’ve endeavored to train the mischievous Divas, I've worked with many different dogs, including Ohso and Kola after their deathly blow-out over a stick. And I've also worked with many dogs from the Humane Society of Western Montana out at the ranch to give them a much-needed break, to try to help their behavior a little, and – hopefully – to introduce them to a potential forever home that was waiting on the other side of the cams. I organized an adoption event, brought out great musicians like Ryan Bundy, and have worked with SuzAnne and the team behind the scenes to help make the website run as smoothly as we can!

Outside of Dunrovin, I’m a certified canine behavior consultant with my own business, No Bad Dogs, and a poet living in Missoula. I also work for a local non-profit called Climate Ride, where I fill out spreadsheets and also write blog posts part-time. One of my main pursuits and passions is working with and coaching animal trainers and owners across the country in the hopes of helping to shift the current culture of treatment towards animals and pets. While my on-camera activity has lessened a bit since pursuing these other passions, I’ve still been out visiting Canner regularly and helping out with the magazine.

The good news is that now I’ll be back to train dogs and the Divas and work with Canner. I’m excited to be back on the cams and out of the behind-the-scenes at Dunrovin! Be sure the check the [email protected] calendar to catch all of my events. Hopefully, I'll see you all on chat for all the adventures yet to come!