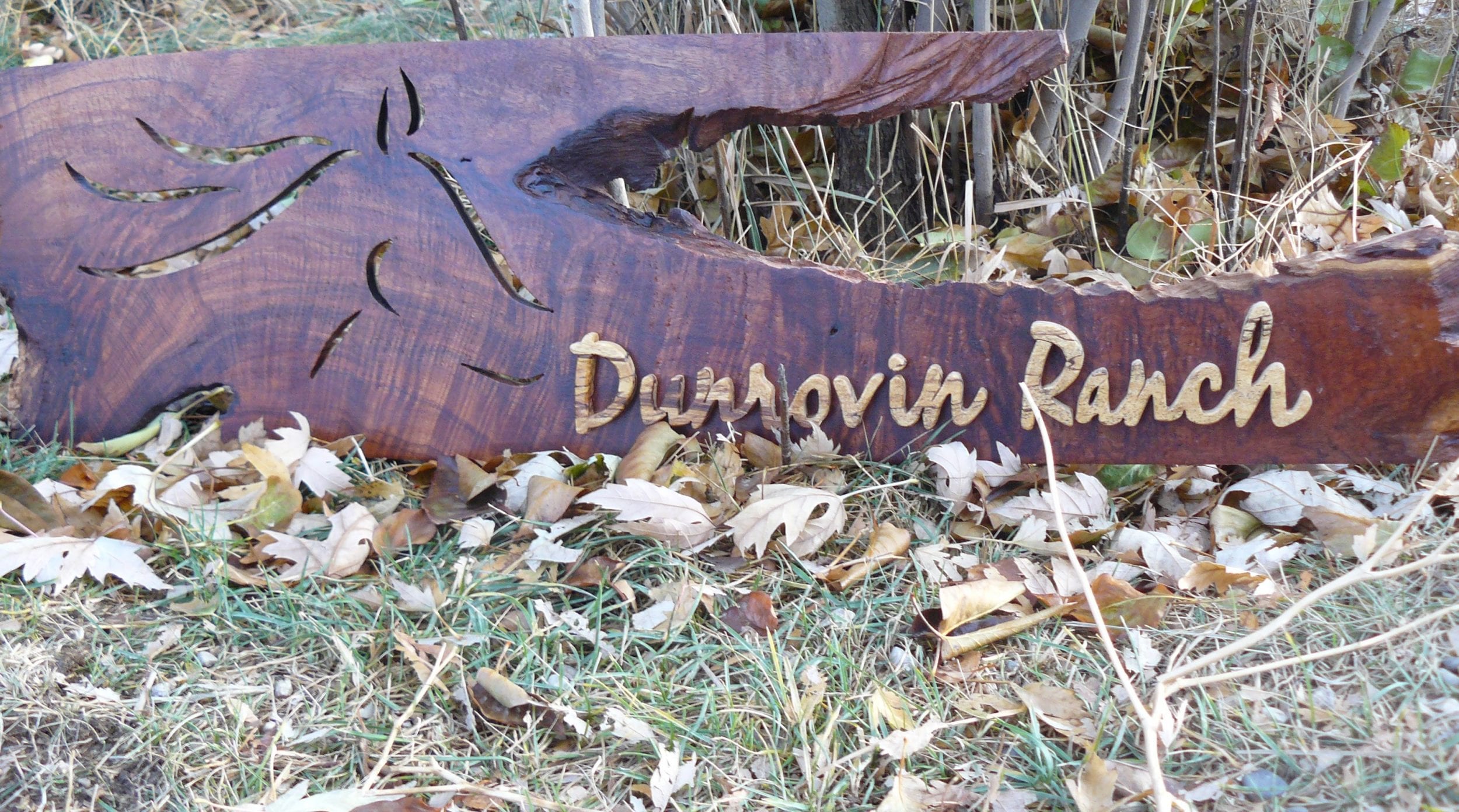 Visitors to Dunrovin Ranch frequently assume that Dunrovin is SuzAnne’s family name of Scottish origin. It’s a reasonable assumption.The similar sounding Dunrobin Castle is one of Glasgow’s most famous and beautiful fairy-tale castles. Alas, her family roots do not lead to Dunrobin castle. Rather, the name “Dunrovin” comes to SuzAnne from her great grandmother’s love of Montana.

As a young woman in the 1880s, her great grandmother, Clara, and her husband, Harry, lived in a log cabin along Carpenter Creek near the mining town of Neihart in Montana’s Big Belt Mountains. There, she gave birth to SuzAnne’s grandmother, Gertrude. Circumstances, however, forced the family to leave Montana and return to the Midwest where, with the proceeds from his Montana mining adventures, Harry built a mansion on banks of the Mississippi River.

Harry was clearly a risk taker – something he and SuzAnne seem to share. Unfortunately, his risk taking got him into significant financial trouble (let’s hope this is where the ancestral comparison ends!) and he lost his fortune. Ashamed of his losses, Harry literally abandoned his now very large family and fled to the woods of Wisconsin (here the ancestral comparison definitely ends!). Left with seven children and a huge house, Clara did the only sensible thing: she piled the family into one bedroom and opened a boarding house. She remained there until the last child left home and she was free to follow her own muse –Montana.

Gertrude and two of her sisters had already been lured back to Montana by the time Clara was free to find her way back to the tiny settlement of cabins along Carpenter Creek. Upon arrival, she declared that she was “Dun Rovin’” – she never meant to leave Montana and she was back to stay. A “Dun Rovin” sign was fashioned from wood and nailed above the front door. 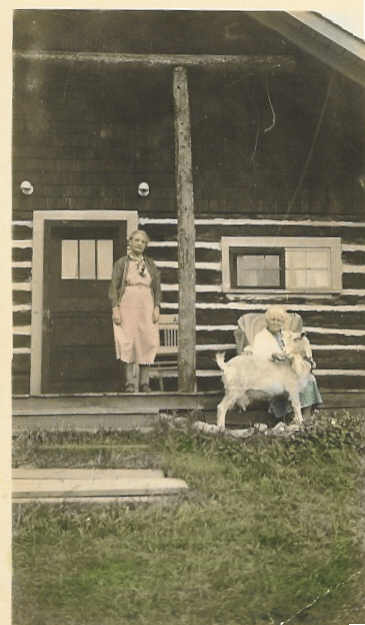 As a child, SuzAnne spent many wonderful summer days (and a few winter days) with her grandmother at Dun Rovin. Her heart is full with memories of long summer days hiking the hills, picking wild raspberries, fishing the streams, and sleeping on the screened-in porch during wild thunderstorms. Best of all, they searched the old mining town dumps for fancy colored glass bottles. Grandma and she gathered a collection of perfume and oil bottles that they kept in a beautiful wooden steamer chest with multiple compartments. That chest with it amber, sage, and azure colored bottles is still vivid in SuzAnne’s mind. Oh, to have it today! 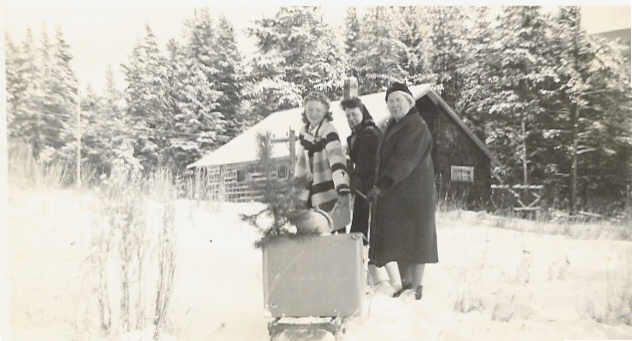 Those Montana memories were always fresh in SuzAnne’s heart and mind as she moved about the world: Seattle for graduate school, Chile for three years with the Peace Corps, and Alaska for over twenty years of working with natural resource agencies. Montana remained her real home throughout those years. Once her aging parents required assistance and SuzAnne and Sterling could retire from their positions, they turned their family towards that Montana home. SuzAnne too was “dun rovin” and immediately gave the name Dunrovin to their little piece of heaven along the Bitterroot River. 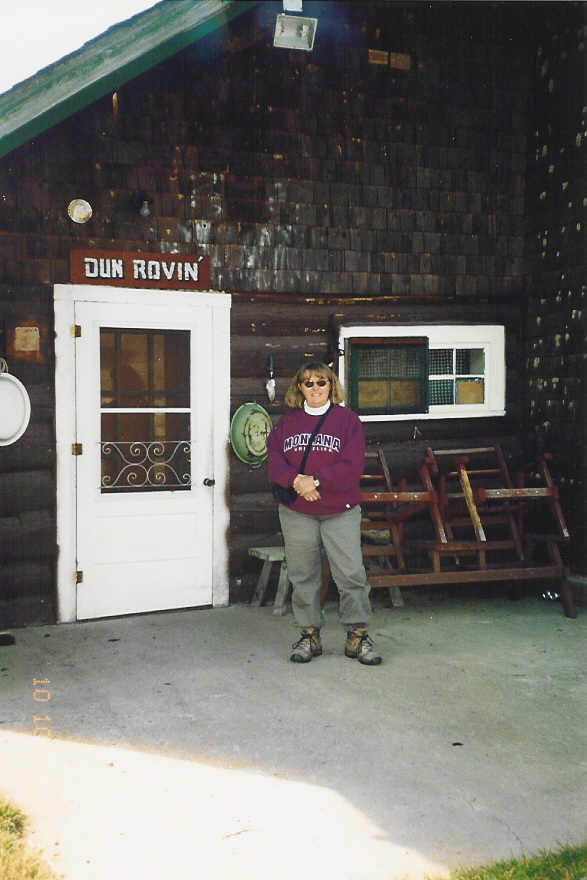 Within a few months of her family’s return to Montana and SuzAnne tacking up her own “Dunrovin”  sign, SuzAnne received a book in the mail from a distant relative, which told the story of her great grandmother and the naming of the Dun Rovin cabin. In that book, for the first time, SuzAnne saw a picture of her great grandmother Clara with “her fancy gaited horse, Lady.” Clearly, this acorn fell close to the family tree: SuzAnne now has her own “fancy gaited horse,” Lady Lonza, named after Clara’s grandson (SuzAnne’s father), William Lonzo Goodman.

Several years ago, SuzAnne drove back to see if the old cabin was still standing. Her family had sold it when her grandmother died. She found the cabin and left her business card taped to the door, asking the owners if they would be interested in letting her rent the cabin some day. About a month later, she received a call from the wonderful Great Falls couple who owned the cabin. They invited her to come and stay as long as she liked. What a great response to a person (SuzAnne) who have clearly trespassed on their property! It gave SuzAnne yet another reason to be delighted to be back in her home state where people still trusted each other.