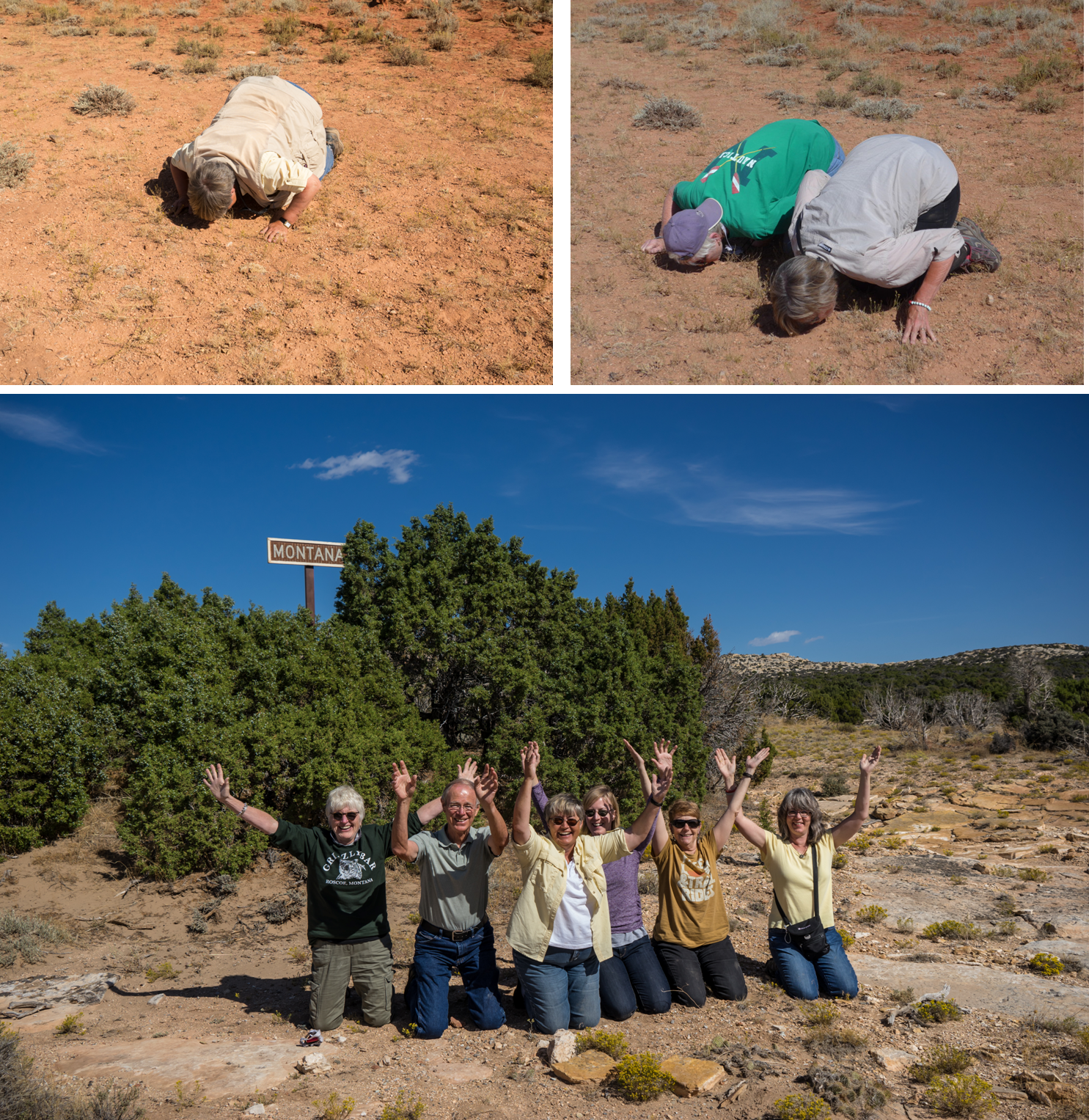 Every time I re-enter my home state, I stop the vehicle, look everyone in the eye, and shamelessly insist that they get out and kiss the Montana ground. My demeanor clearly communicates that saying “no” is not an option. This strict tenet of my life was instilled in me by my father.

Dad’s ritual of making the entire family get out of the car and kiss the ground every time we re-entered Montana after a trip away seemed fun and daring when I was about six. I loved watching the passersby whip their heads around to catch a glimpse of us knelt over on the side of the road as they sped by in their cars. But, what is fun at six is downright embarrassing at ten, and undoable at thirteen. Dad would go on and on about how much greener it was on the Montana side, how much clearer the air was, how much bigger the fish were – little did I realize that his love of our home would sink so deeply into my own soul.

Where did my connection with animals, wilderness, and my home state begin? My deep Montana roots follow my family trees – both my mom’s and my dad’s – but not in equal measure. In all honesty, it was my dad who had the biggest impact on who I have become. His unbreakable bond with Montana, his natural, gentle way with animals, and his keen interest in science were my guiding forces. 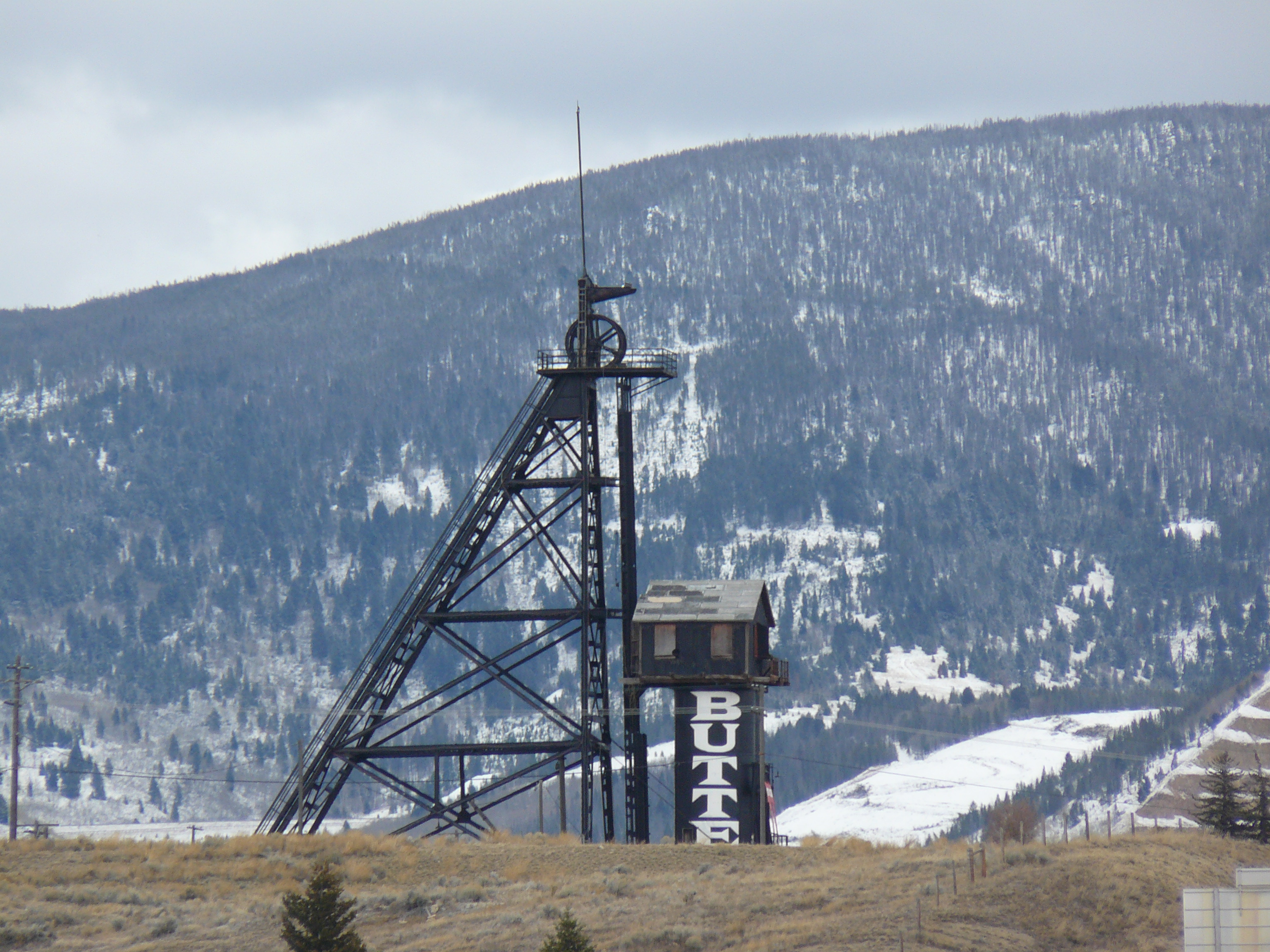 Dad worked for forty-five years as a ventilation engineer in the mines of Butte, Montana. Most of that time was spent underground, in the bowels of the hard rock mines of the Richest Hill on Earth. It was his job to ensure that the miners had air to breathe while toiling in the dark, nearly a mile below the surface. Montana’s mountains and streams were Dad’s weekend antidote to those dark tunnels. We drove and hiked mountain roads and trails; we knew all the spots that would yield worms for our hooks to catch a trout dinner; and we camped for weeks at a time beside alpine lakes.

Those years in the mines took a heavy toll on my father’s health, especially on his lungs. As he approached 70, he was told to seek a lower elevation to give his lungs the benefit of more oxygen. So it was that he and my mother moved to the Washington coast.

For Christmas their first year away, I had a friend make a sign in the shape of Montana, inscribed with the words, “Bill and Phyllis Goodman – Misplaced Montanans.” It hung above their door for some twelve years.

About the time Dad’s descent into Alzheimers was making it impossible for my mother to care for him alone, my husband and I qualified for retirement from our jobs in Alaska. Our children were still young enough to be easily moved without disrupting their lives, so we decided it was time to follow my heart and move back to Montana.

After getting the children settled and enrolled in school, I drove to Washington, took down the sign, and brought my parents back to Montana. As we drove east on I-90, I stopped near the border at Lookout Pass to let Dad feel the immense pleasure of coming home, once again. No longer able to kneel and kiss the ground, both my father and mother lingered for a while, staring into Montana, and then they bowed. It was my father’s last crossing.

His mind did not always understand that he was actually living in Montana again. He would often say to me “Look, SuzAnne, at all the Montana license plates. Isn’t it wonderful!” Even if his mind did not know, his spirit did, and he was happy to be back. So am I.

Postscript: On a late November afternoon some years ago, as my son was coming home from Wisconsin for a family Thanksgiving, he stopped at the Montana border to send me this picture from his cell phone. Dad’s ritual continues. 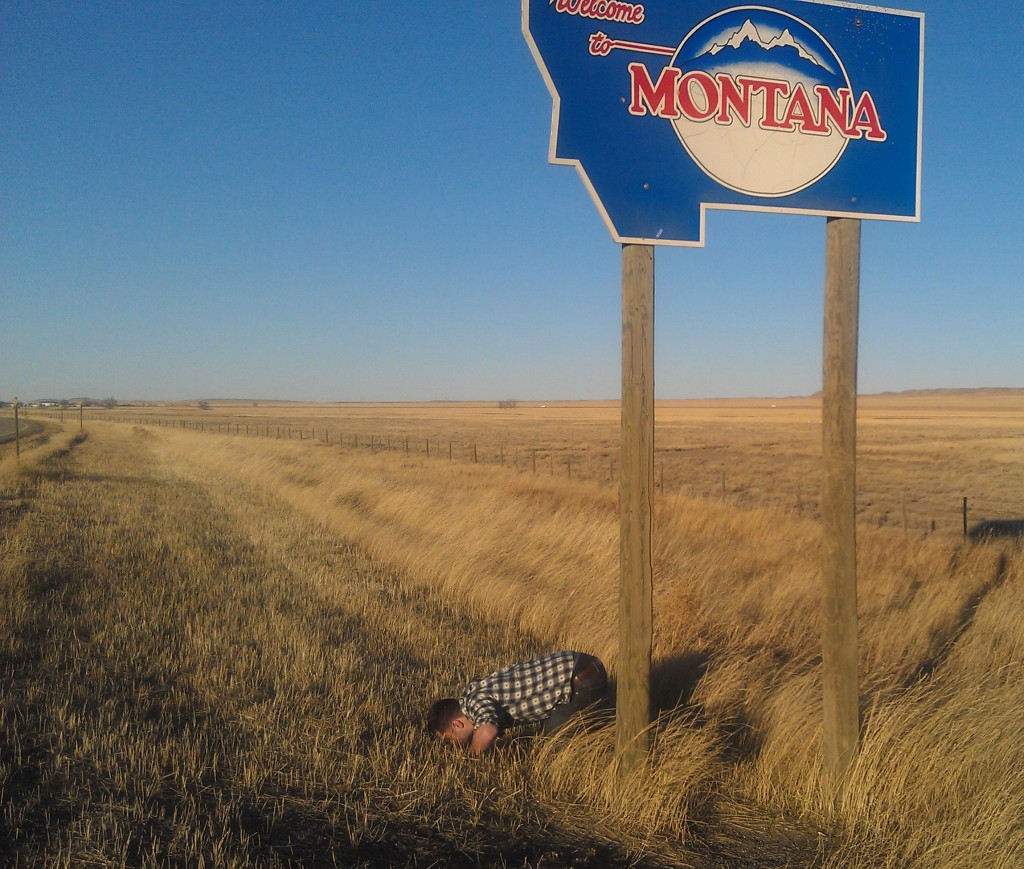